Cup double for Steelers against Panthers

Sheffield came from behind to celebrate a weekend double against rivals Nottingham Panthers in Challenge Cup Group C.

In an almost identical period to the night before, the visitors led by a goal after 20 minutes in Sheffield thanks to Jason Desantis’ slapshot shortly after Dylan Malmquist had missed a gaping goal.

One up after 20 minutes, the Panthers made it two with a hammer from Brian Connolly 2:52 into the second period. Needing another for the insurance, Jordan Kelsall obliged 3:12 into the final period as he found a way through from a tight angle to make it 3-0. Sheffield’s way back into the game came through Cole Shudra from the blueline with 33:12 played, although as they continued to press into the third period they only found Kevin Carr in fine form.

Playing shorthanded the Steelers brought themselves to within one, John Armstrong intercepting the pass and going through on the breakaway to beat Carr with 55:20 played. With 78 seconds to go Aaron Fox took the gamble and pulled Tomáš Duba for the extra skater, and this time it paid off as John Armstrong poke home a loose puck from a scramble in front to tie the game with 1:12 to go.

Brendan Connolly, who was in the box when the Steelers brought the score back to 3-2, took another penalty in overtime but the Steelers were able to kill it off. No goals in OT meant the game was decided in a shootout.

No Panthers were able to find a way past Duba in the shootout, while Anthony DeLuca and Marc-Olivier Vallerand both beat Carr to give Sheffield the extra point. 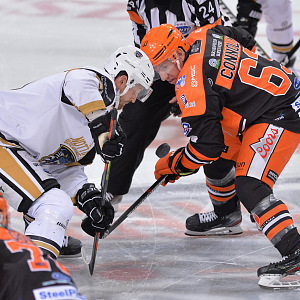 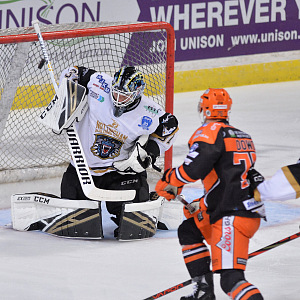 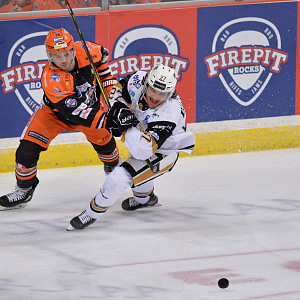 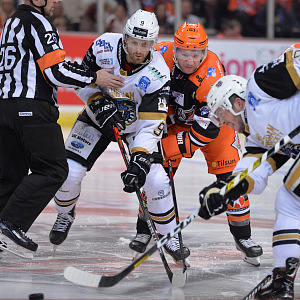 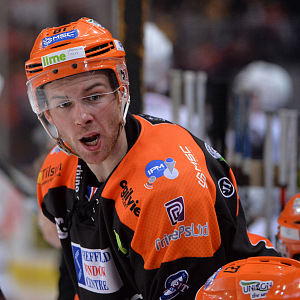