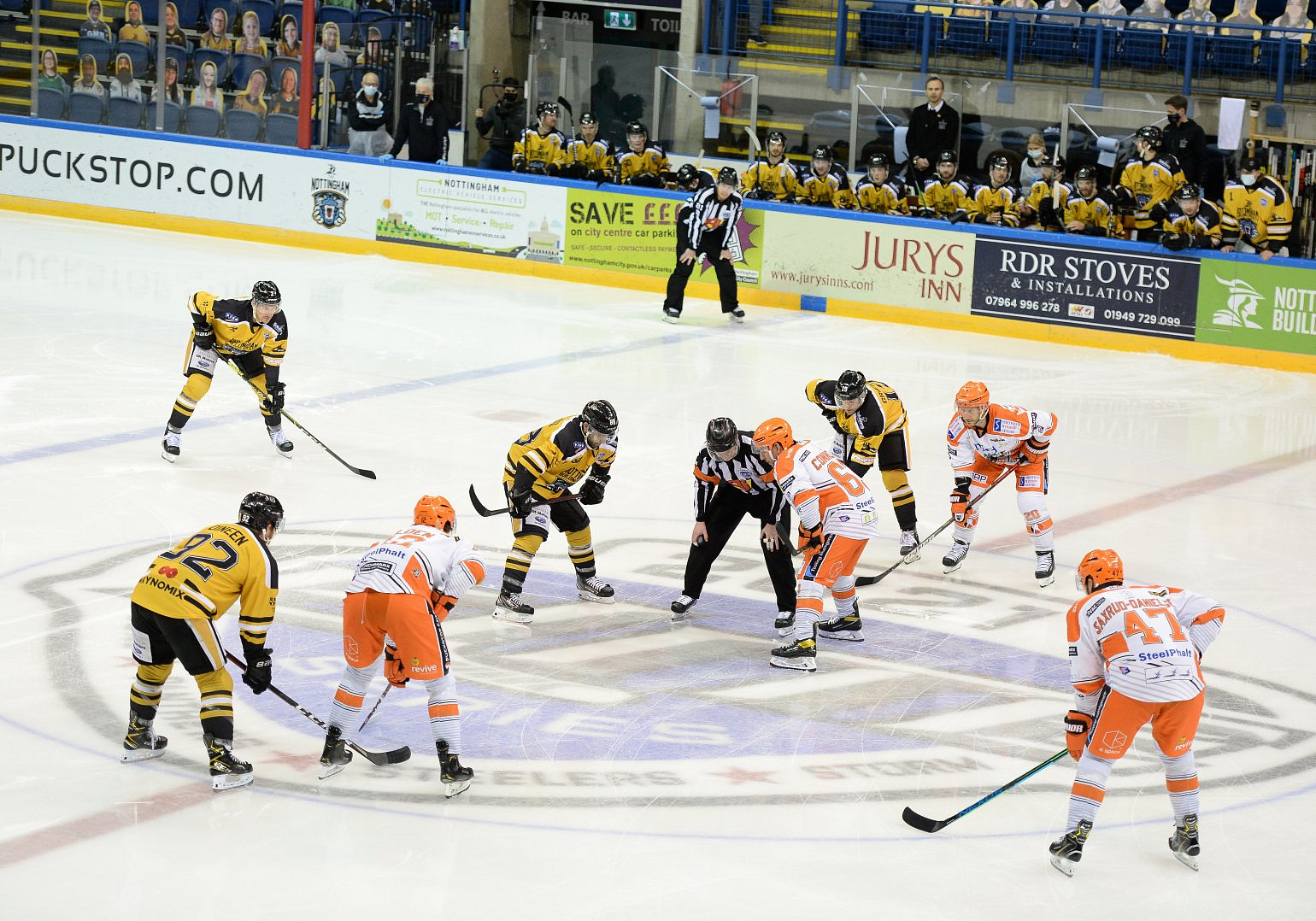 While Guildford and Coventry get going with competitive games this weekend, tonight also sees another three preseason fixtures as teams prepare for the official opening weekend next week.

In Nottingham, the Panthers welcome Sheffield for the latest installment of the rivalry between the two teams. The Steelers will be playing their first games this weekend, while the Panthers got their preseason started a week ago. The two sides will meet for the first leg of the Aladdin Cup in what is likely to be a sold-out Motorpoint Arena! The last time these two clubs met, the Panthers took the Elite Series Final in Game 2.

The Cardiff Devils play their second week of preseason against Manchester at Ice Arena Wales tonight but have already been on the ice for almost a month since their Champions Hockey League campaign. Storm made their preseason debut midweek in Coventry, coming from two down to eventually win in a shootout.

Finally, Fife and Dundee renew hostilities just 24 hours after celebrating the return of professional ice hockey with fans in Scotland. Friday night's game ended in a win for the 4-1 in front of a huge homecoming crowd at the Dundee Ice Arena.

Be there - tickets here!