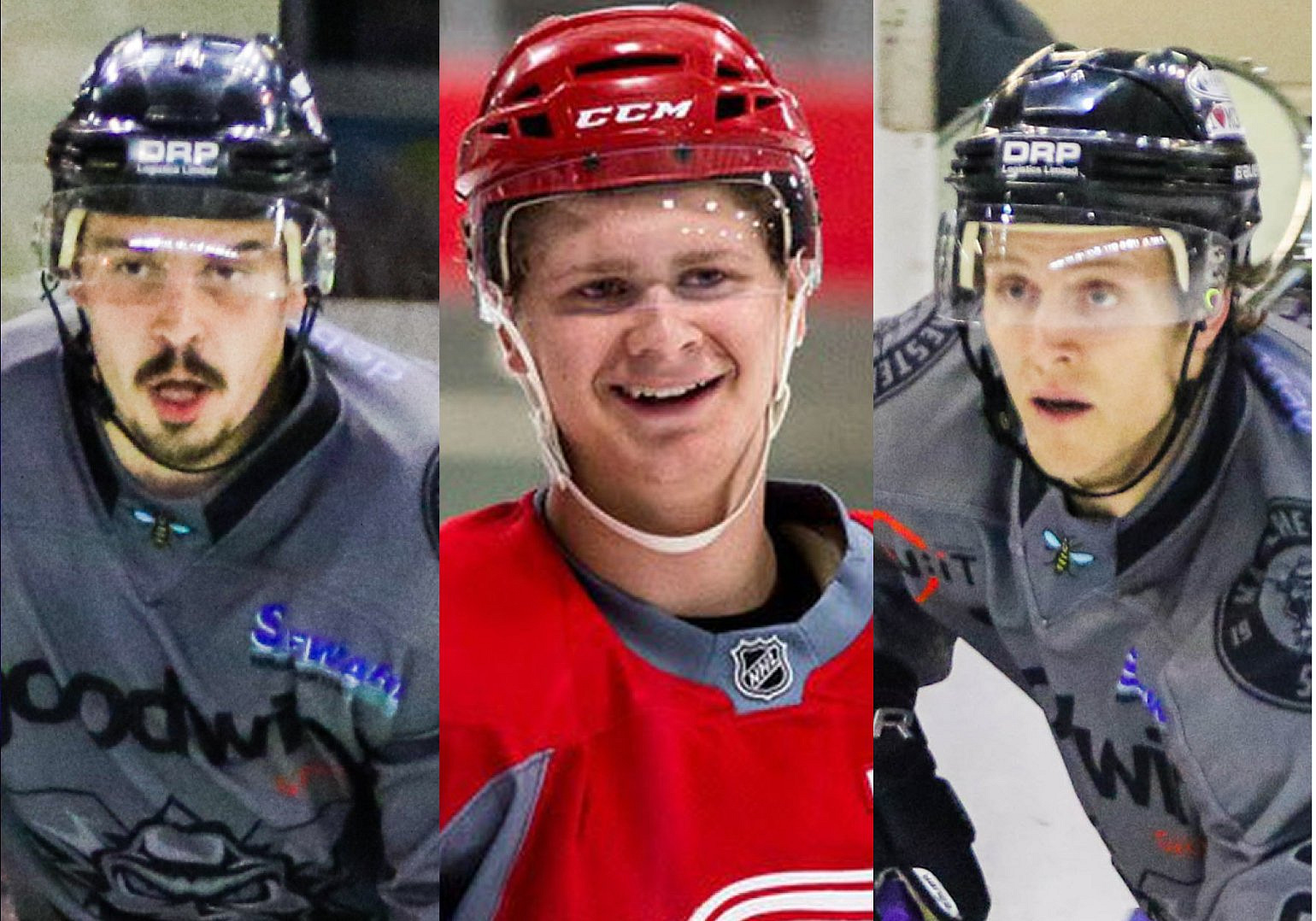 The Manchester Storm added three players to their 2021/22 roster over the weekend, as Ryan Finnerty builds his team for the new season.

Fan-favourite Dallas Ehrhardt returns to the team for what will be his sixth season with the Storm. The defenseman and Storm captain has clocked up well over 200 Elite League games and totalled some 120 points.

"Dallas is our leader, blueline playmaker and at just 28, he provides a veteran presence in our dressing room. I have placed a real emphasis on building a good and stable dressing room this off-season, a lot of this planning has involved Dally and he is super excited to get back onto the ice," said Head Coach Finnerty of the 28-year-old. Having an international standard player in the line-up is significant for our franchise, as we continue to develop young British players. Dallas’ experiences at this level are something we continue to learn from and are looking to build upon.

Also returning is forward Scott Simmonds for his second season with the Storm. The forward's debut year in Manchester saw him score 12 goals and assist on 10 others i. 49 league games, while he also put up 18 points in the Elite Series.

"'Simmer' was outstanding in the Elite Series and those matches were of an incredibly high standard. He led to group in points and his play all-over the ice trumped some pedigree imports in the mini-league," continued Finnerty. "As a result, it made keeping hold off him even harder – but I am delighted to be able to have him in our line-up. Scott gives us an unrivaled tenacity on the ice, flexibility in the line-up, and with previous knowledge of the league – I feel like 2021-22 could well be his real breakout year."

Arriving at the Storm Shelter is defenseman Marc McNulty. The 26-year-old defenseman played at Arcadia University for four seasons in the USports League, notching 31 points in 75 regular season games. In 2020, he spent his first season overseas with the Fehévári Titánok in Hungary, putting up 24 points in 35 games.

"The physique of Marc and our small ice sheet are a perfect match, you only have to look at somebody like Dallas and how well he plays week in, week out in Manchester. I really wanted to solidify our blueline group after last season and I know Marc is comfortable logging big minutes on a nightly basis," added Finnerty.

"He was the joint top points scorer for his team last year and I know he can quarterback a powerplay unit comfortably, so it does take some pressure off Dally in that department and brings an extra dimension to the line-up.