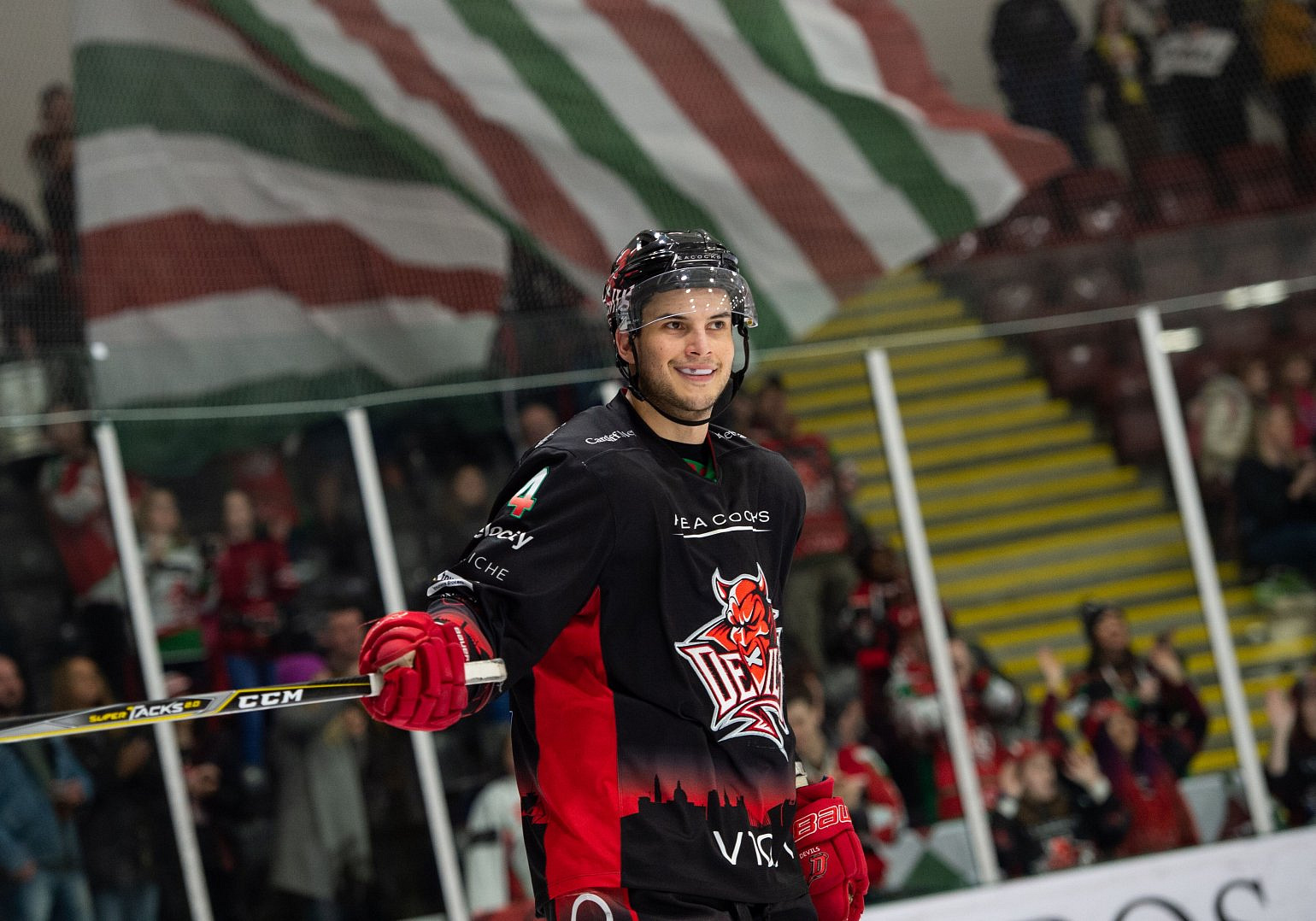 The Cardiff Devils announced Friday that long-term servant Mark Louis will return to the team for season 2021/22.

The 34-year-old Canadian spent last season with HK Dukla Michalovce in Slovakia while the Elite League sat a year out, playing 42 games and helping his team to a franchise-record season: second place finish in the regular season and the playoff semi-finals.

Head Coach Jarrod Skalde spoke his latest signing: "I am very pleased to have Mark back. With so many new faces coming in, it is important to have a solid core of players that know the culture of this organisation and have been part of the success.

"Signing him back was a no-brainer. He is a big, strong defenceman that moves the puck well. He is a great skater, which is not always a compliment you can give to a 6’4” defenceman, but Mark moves so well.

"He is also the toughest player in the league and his teammates know he’s got their back. Everyone plays a little bigger when you have a guy like Mark Louis on your team."