Ollie Betteridge has won the award for the Nottingham Panthers' Goal of the 2021 Eltie Series.

The popular British forward went almost coast-to-coast to score his side's opening goal in Game 19 against the Manchester Storm. Panthers went on to win the game 4-3. His goal in Game 22 against the Steelers came in second! 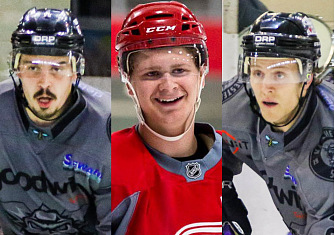