The Sheffield Steelers came through their Semi-Final Second Leg with a comfortable 5-1 win on the night to end the series with a six-goal aggregate victory over the Manchester Storm.

While the scorelines might hvae looked simple, on-ice it was far from it as the Storm started well to push for the aggregate-tying goal. However, when Adrian Saxrud-Daniel scored with only 3:15 on the clock the Storm's task got that much harder. Alex Graham's shot from a tight angle got through Sean Bonar before the 10-minute mark to five the Steelers a three-goal aggregate lead, before Tanner Eberle struck at 17:28 to put Sheffield three up after 20 minutes.

Stephen Murphy replaced Sean Bonar in net for the Storm at the begging of period two, and then Scott Simmonds got the team going with a powerplay goal 2:36 in - but Manchester were then undone by Sondre Olden and a well-taken goal from Josh Waller to find themselves 5-1 behind on the night at 31:33.

Tyson Fawcett pulled the score back to 5-2 with just under 12 minutes remaining after the Storm had let a 5-on-3 advantage go begging at the beginning of the period, but that was cancelled out by Eberle's second of the night shorthanded two minutes later. Tyson Fawcett and Sondre Olden traded well-taken goals inside the final eight minutes to make the score 7-3 on the night, before Jeremy Beaudry added his side's eighth and final goal of the night.

The win sets up a best of three final series with the Nottingham Panthers. 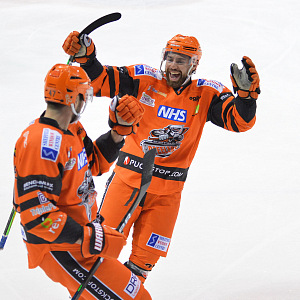 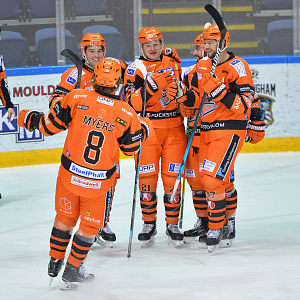 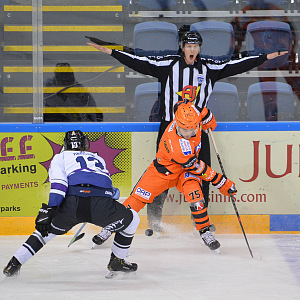 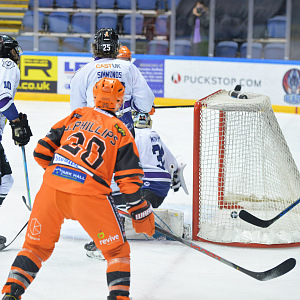 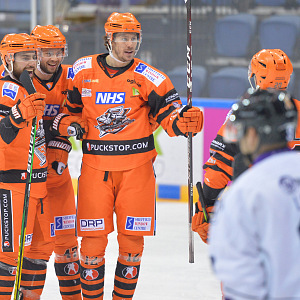 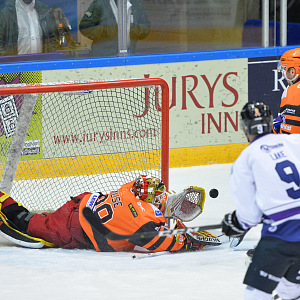 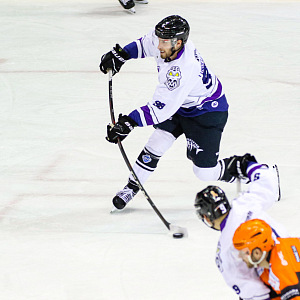 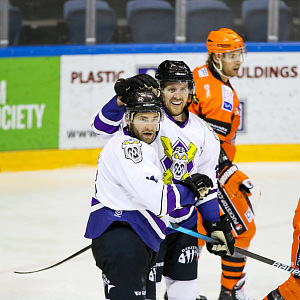 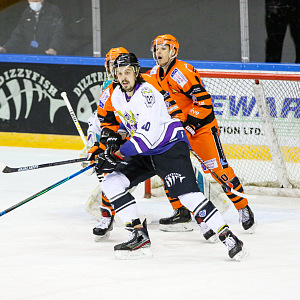