Panthers into final with 6-1 aggregate win

The Nottingham Panthers are into the 2021 Elite Series final following a 4-1 win on the night against the Coventry Blaze, putting them through 6-1 on aggregate.

Down by two from the first leg, the Blaze needed to start brightly. However, they were undone by the Panthers pouncing on an early chance converted by Austin Cangelosi just 25 seconds. Simen Andre Edvarden's shot deflected through off Jackson Whistle on 13 minutes to give the Blaze some hope, but Kevin Domingue's finish 2:38 from the end of the period began to make things harder.

Cangelosi hit his second of the game at 32:13 to put the Panthers 3-1 up on the night, and all-but extinguish the Blaze's hopes of a comeback. Coventry had some good offensive zone time towards the end of the period, but rarely troubled whistle bar one excellent glove save as he pushed over to his left post.

The Blaze had a goal ruled out on video review for offside with 6:56 remaining in the period - the first time in Elite League history that video angles were used for this purpose. Austin Cangelosi completed his hat-trick shortly after to put the Panthers 4-1 ahead, although the play was challenged by Blaze Head Coach Danny Stewart for offside but upheld on review. 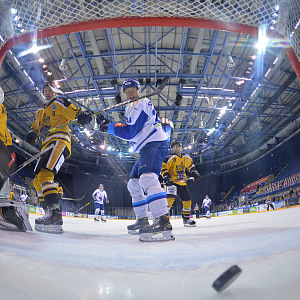 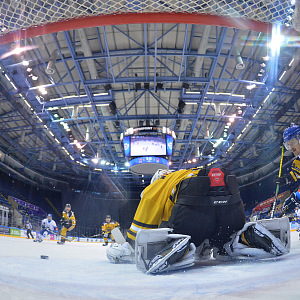 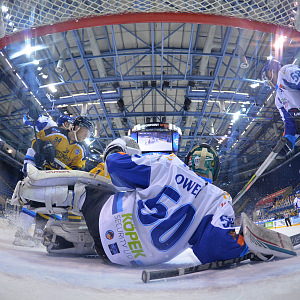 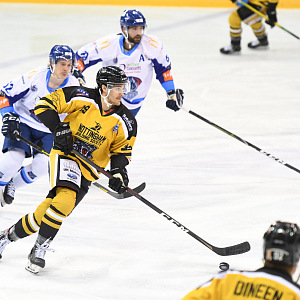 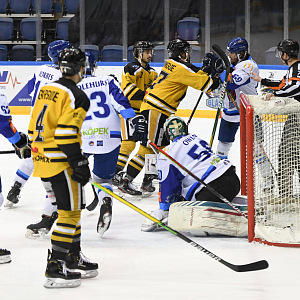 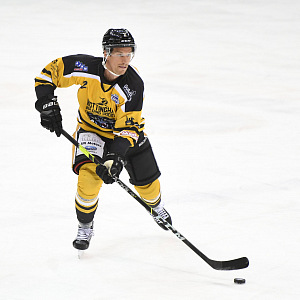 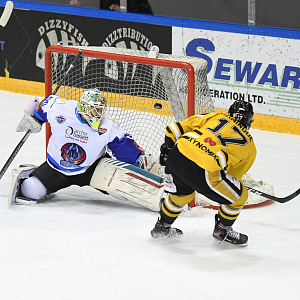 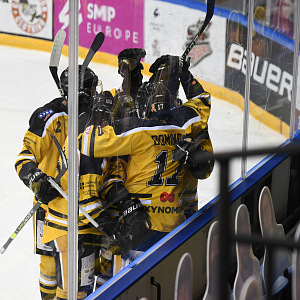