Devils come from behind for Blaze revenge

Cardiff Devils ended a run of two losses as they came from behind to beat Coventry by four on home ice. The Devils' standing section trial also got off to a well-received start.

Coventry, who won the reverse meeting between the sides last Sunday, took a not undeserved lead with just over 11 minutes gone in the opening period - David Broll picking his spot nicely as he went through on Bowns. The Devils however needed a little over two and a half minutes to draw level through returning captain Joey Martin as the sides went in to the first intermission level.

Three goals in 62 seconds turned the game in the home side's favour during the middle session - Gleason Fournier scoring at 36:14, followed by Bryce Reddick at 36:43 and then Matt Pope with 37:16 on the board to move the hosts into a 4-1 lead. Stephen Dixon added the only goal of the final period to complete the win and keep the Devils top of Challenge Cup Group B. 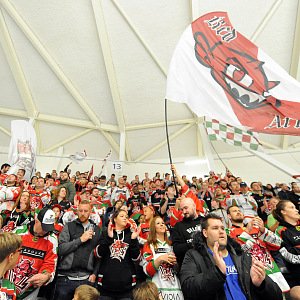 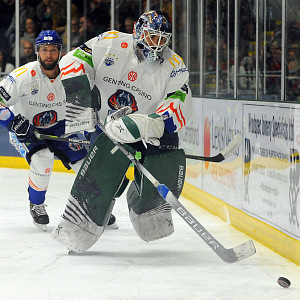 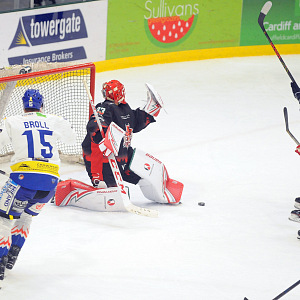 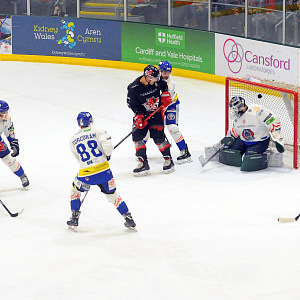 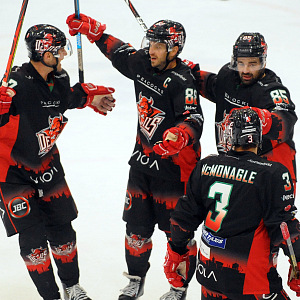 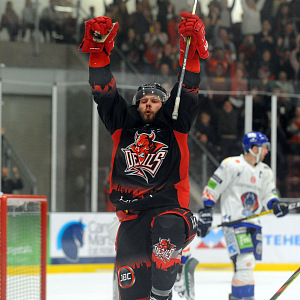 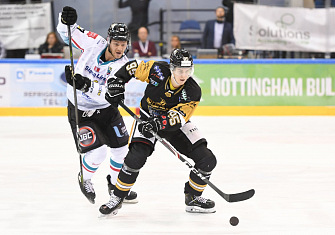