Solder: You can't ask for much better than this 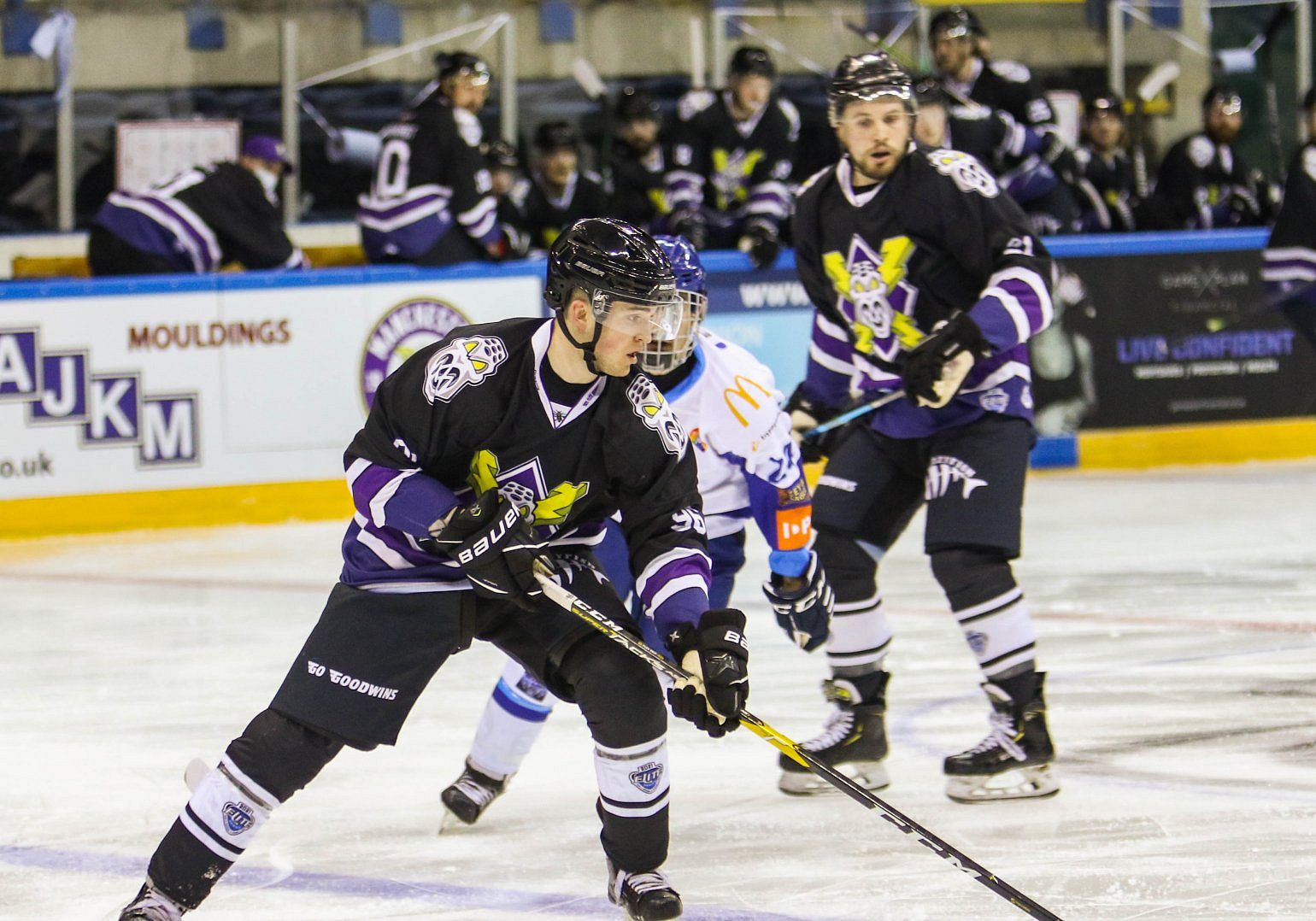 Manchester Storm’s Ben Solder slotted in alongside Zach Sullivan to give Head Coach Ryan Finnerty three solid defensive pairing as the team won both of their opening games. Before the NIHL Spring Cup, Solder had never played a senior game in the UK but ended the week at an average of 11:39 on the ice per game.

“It was quite a shock to the system when I first got here and went on the ice,” admitted the 20-year-old. “It was faster than in Romford, with better players, but the boys have welcomed me into the team really well and it’s been fun. The games have gone to plan and we just have to keep on going.”

"In general, it’s a higher standard which takes a bit of getting used to, but I think I’ve done alright and am just trying to get better."

Manchester drafted a wealth of British talent and have added some exciting imports to the mix, something Solder is finding useful. “I think it’s great because you can talk to all of the guys, and they’ll give you advice and tips,” he said. “They’re all there to help you, so it’s really good. In the last week, I’ve definitely learned a lot from all of them.”

Originally a Taxi Squad pick, Solder was called upon immediately when Declan Bulmer withdrew from the tournament. He played over eight minutes against Coventry, and then logged 15:22 in his side's win over Sheffield. “To be honest I wasn’t expecting to get this much ice time when I got drafted coming into this,” he explained. “Being a young Brit I just didn’t think I’d get so much. But I’m really happy about it and hopefully, it keeps going.”

On the blueline with him is Zach Sullivan. The pair played together with the Raiders in the NIHL Spring Cup and have continued their partnership in Nottingham as well. “I love playing with Sully, we started in Romford, became friends, and have an understanding with each other on the ice,” said Solder, who played junior hockey in Chelmsford before heading to North America. “It makes it a lot easier, and again he’s someone I can speak to on the bench if I think I’ve made a mistake and he’ll let me know what happened or how to correct it.”

Finally, what the whole experience of playing hockey every day? “You can’t ask for much better than this, it’s what I would love to do all the time and is a great experience,” concluded Solder. “I would love to sign back with the Storm if that were a possibility, but for now I’m just trying to do my best and see what happens at the end of it”.